Harry Kane scored from Son Heung-min’s pass as Tottenham Hotspur drew 1-1 against Sevilla on Saturday, to the delight 43,000-plus fans at the Suwon World Cup Stadium.

Spurs faced a much tougher test against the Spanish side in the final game of their preseason trip to South Korea than on Wednesday, when Son and Kane both scored twice in front of 64,000 adoring fans in a 6-3 win over a K-League “all star” team.

Son and Kane, whose every move has been followed avidly since English Premier League side Tottenham’s arrival in Korea last Sunday, both started against the La Liga side

They only played the second half on Wednesday, but they played for 70 minutes at Suwon World Cup Stadium, near Seoul, before departing to an ovation.

Despite this being a friendly, there was little love between the teams, even with Sevilla fielding Spurs old boy Erik Lamela, as some fierce challenges flew in during a bad-tempered first half.

Richarlison played his second game since joining Spurs in a £60 million move from Everton and was on the receiving end of several reckless tackles.

“While it is a pre-season match, no footballer would want to lose it,” said Son, explaining why tempers appeared to run high.

“There was some aggressive play on the pitch but it was something that inevitably plays out in football.”

Spurs opened the scoring five minutes into the second half when Son turned and found Kane, despite tumbling over, with the England captain making no mistake.

“I was lucky I still had command of the ball while falling down,” said Son

Ivan Rakitic levelled for the Spanish club in the 64th minute with a superb, rasping right-foot shot from outside the box.

“Just saying ‘thank you’ isn’t enough to express how grateful I am,” Premier League Golden Boot winner Son said of the welcome given by his home country for his teammates.

Tottenham will fly home Sunday with their next preseason match against Rangers at Glasgow’s Ibrox stadium a week later. 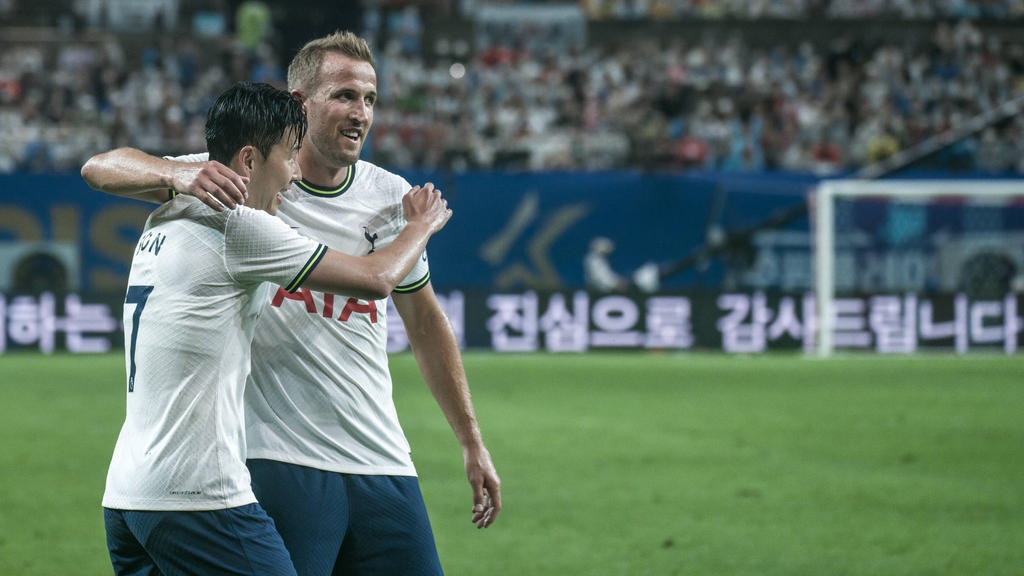