Manchester City held their nerve to move back above Liverpool at the top of the Premier League with a 3-0 win over Brighton on Wednesday.

Riyad Mahrez, Phil Foden and Bernardo Silva all struck in the second half as Pep Guardiola’s men edged one point ahead in the title race with six games to go.

Guardiola recalled a number of key players he had left out for Saturday’s 3-2 FA Cup semi-final defeat by Liverpool, but it took City time to break Brighton’s resolve at a tense Etihad.

The Seagulls had won on the road at Arsenal and Tottenham in their previous two games and frustrated the English champions for the first 45 minutes.

Mahrez bore the brunt of the City support’s nerves as he missed the best chance before the break when he passed up the opportunity to take a quick shot from Robert Sanchez’s mishit clearance.

City captain Ruben Dias made his return from injury after a two-month absence at half-time.

The Portuguese’s return might have come at the perfect time for Guardiola as John Stones limped off in the second half just six days before the first leg of their Champions League semi-final against Real Madrid.

By the time Stones departed, City had the game won thanks to two goals in 12 minutes.

Kevin De Bruyne’s driving run through the heart of the Brighton defence teed up Mahrez, who this time did not pass up the chance to slot in his 23rd goal of the season.

Any doubt over the outcome was removed once Foden’s deflected effort from a corner worked to the edge of the box gave City a two-goal cushion.

Silva added a third eight minutes from time with an exquisite cushioned finish from De Bruyne’s layoff at the edge of the area. 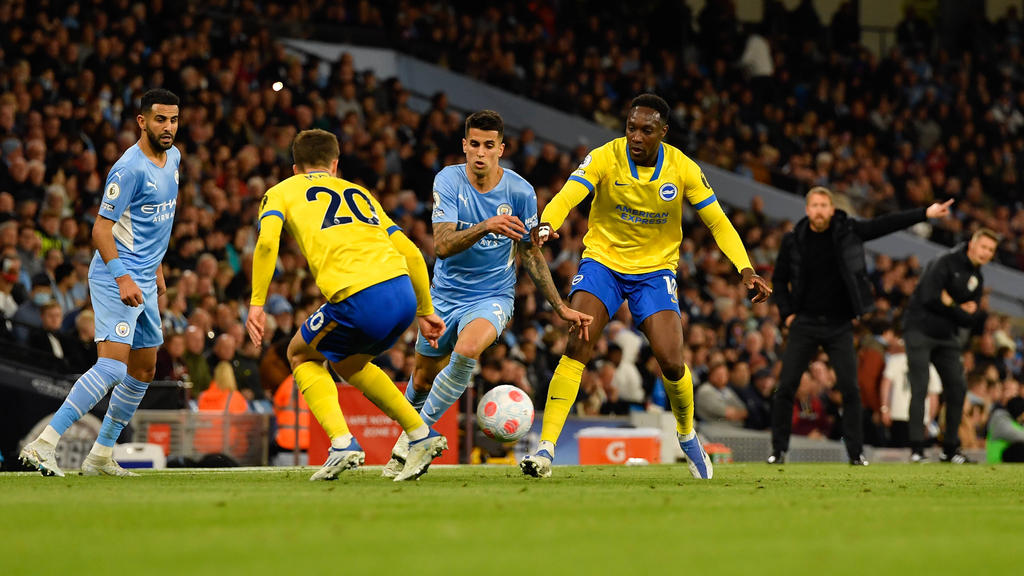