Erik ten Hag said Cristiano Ronaldo’s presence will improve Manchester United after a dismal start to his reign in charge as Brighton recorded their first ever victory at Old Trafford with a 2-1 win on Sunday.

Any hope of a fresh start for United after a miserable 2021/22 season was wiped away within 45 minutes as Pascal Gross struck twice to put the Seagulls in command.

Alexis Mac Allister’s own goal gave United a foothold in the game, but they rarely looked like getting back on level terms, showing the scale of the task lying ahead for Ten Hag.

The former Ajax boss left Ronaldo on the bench after he only returned to pre-season training last week.

Ronaldo is reportedly seeking an exit from Old Trafford to play Champions League football this season.

But without the five time Ballon d’Or winner, United had no focal point to their attack as Christian Eriksen started in an unfamiliar role as a false nine.

“It’s clear to see we were better in the middle with Eriksen back and Ronaldo up front,” said Ten Hag after Ronaldo came on eight minutes into the second half.

“If he was available, I would’ve played him. Cristiano is now 10 days in team training. That’s too short for 90 minutes. That’s the reason we didn’t start him.”

The outcome could have been very different had Bruno Fernandes not blazed over a glorious chance on six minutes.

But Brighton, who beat United 4-0 when the sides last met in May, quickly settled into their passing rhythm.

Graham Potter’s men have lost two of their best players during the transfer window, as Yves Bissouma joined Spurs and Marc Cucurella moved to Chelsea this week for a club record fee in excess of £60 million ($72 million).

But it did not show as Brighton exposed the same flaws in United’s wide open midfield to pick apart Ten Hag’s men with ease.

“It’s not easy because as the transfer fees suggests they were two really key players,” said Potter.

“In any team you miss good players. We have got a good group, they are ambitious, they are not perfect, but they give everything and when you’re a coach it gives you a chance.”

Danny Welbeck, who United discarded back in 2014, was a constant threat in behind the vulnerable defensive pairing of Harry Maguire and Lisandro Martinez.

Welbeck created the opener as he ran off Maguire and laid the ball across goal for Gross to slot into an unguarded net at the back post.

The German midfielder now has six goals in 12 appearances against United, as he was again in the right place to take advantage when David de Gea could only parry Solly March’s shot across goal.

Boos rang out around Old Trafford at the half-time whistle, with the home fans not only restless about the state of their side on the pitch.

The club shop was forced to close before kick-off by a protest against United’s owners, the Glazer family, on the day Avram Glazer made a rare appearance in the directors’ box.

Ronaldo’s introduction early in the second half at least lifted the noise levels inside Old Trafford, which in turn roused United into a response.

Marcus Rashford failed to build on his encouraging pre-season form as Robert Sanchez produced a stunning save to block the England international’s effort from Ronaldo’s pinpoint cross.

Sanchez quickly undid that good work to give United a lifeline 22 minutes from time.

The Spanish international flapped at a corner under pressure from Diogo Dalot and then slapped the ball into his own net off the unfortunate Mac Allister.

But an expected siege on the Brighton goal never materialised as the visitors comfortably saw out the closing stages for a famous win. 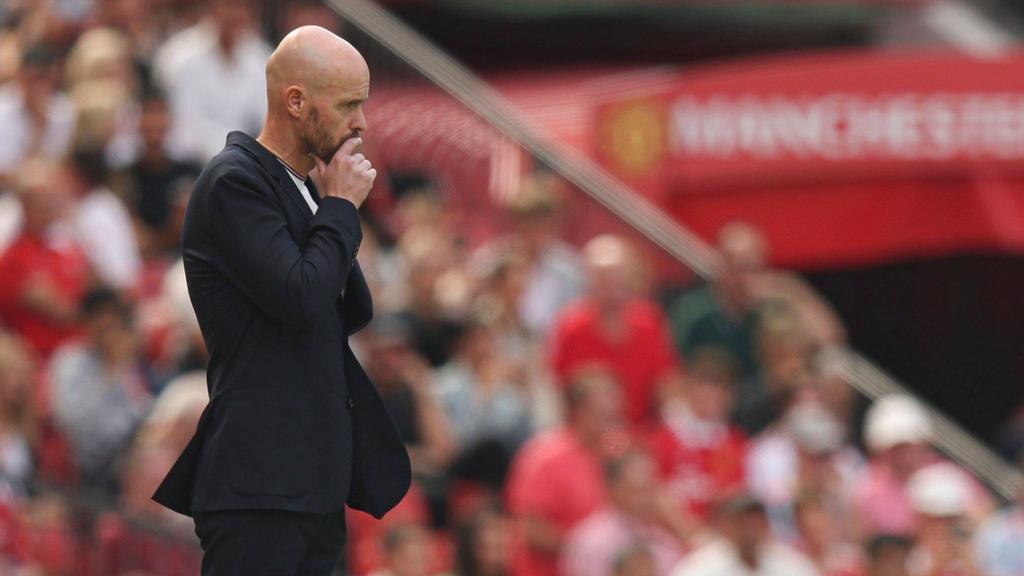